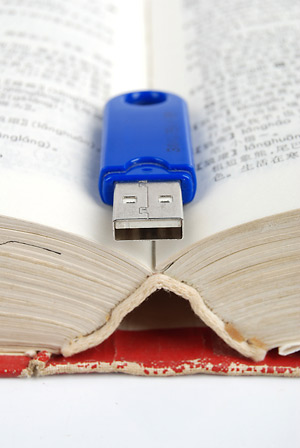 Our freelance translators work with so-called translation memory systems such as Trados, MemoQ, Transit, Déjà Vu etc. These involve multi-language text archives that structure the translation process more efficiently to save you money while delivering texts with consistent terminology. We also use term banks for this purpose.

Translation Memories (TMs) make it possible to rationalise translation processes while ensuring that the terminology used by a company is consistently adhered to - even across multiple projects.

TMs contain text segments that are associated to each other, analysed and classified. This is useful for storing previously translated units of text in a juxtaposition of source and target language. This allows stored text passages to be found again for future translations, in accordance with a variety of search criteria, or even the automatic insertion of complete sentences in cases where, for example, certain sections of text are provided as standard in all of a company's documents, e.g. general hazard warnings etc.

This has nothing to do with the gibberish of a machine translation, however. Because all text segments have to be entered in a TM in advance by one of our experienced, professional translators. TM systems are merely tools that support more efficient working in accordance with quality standards. Nevertheless, these programs are only as good as the translator they serve and the project manager who maintains the database.

By way of professional project management, IBS ensures that due consideration is given to your company's language culture and in-house terms and expressions.

We will be pleased to prepare a terminology database for you, work with you to prepare this or import your company's own database into our system. Term banks are glossaries containing terms that are used in your company.

So-called term banks are intelligent glossaries that we can build in consultation with you for your specific branch of industry and product. These lists are specially created for you from juxtaposed pairs of individual terms in the source and target languages which the translators then use in all of your company's texts to ensure that the correct terms are always employed. Together with each new text, the term banks are uploaded to the software that we use, thus showing the translator which term your company uses for a certain word. We would like to give you an example of this:

The German word "Anlage" has many different meanings in English. There is no doubt that, faced with a large selection of meanings, the experienced translator is capable of sorting the wheat from the chaff. So when the translator is working on a technical text, for example, translations such as "investment" and "appendix" can be ruled out without difficulty. Nevertheless, the translator can only speculate as to whether, in your company, you use the term "facility", "plant" or "system" as a standard term. We discuss subtleties of this kind with you in order to keep your entire corporate documentation consistent.

Simply contact us by phone or e-mail, or use our online enquiry form. Just tell us your desired deadline - we will do the rest.